In 2004, Mojo Mustapha founded the Hedonisia Hawaii EcoFeminist Community. Combining his love for entrepreneurship with idealism, the community was based around eco-tourism and eco-feminism.

In May 2018, the Kilauea volcanic eruption destroyed the Hedonisia community. 75% of the property is now covered in lava rock. 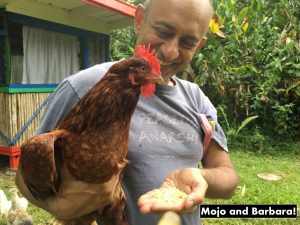 After the loss of his community, Mojo moved to Portland, OR while managing the Rebirth Hedonisia Crowdfund to return and rebuild Hedonisia Hawaii.

Hedo Feminista was born at Hedonisia Hawaii. Our approach of an empowered ecofeminism that was sex-positive and based on consent culture principles while creating an environment where females could learn resilience with jungle living at our pre-volcano rainforest community.

Our Diversity and Free Speech Workshops were inspired by our community where so many people from around the world, lived, worked and played together in an intentional community that respected individual autonomy. 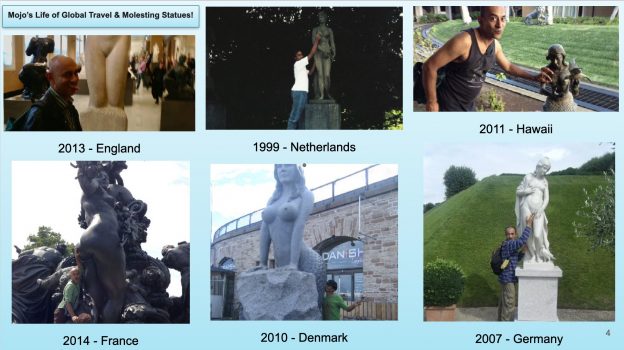 Mojo was born a Muslim. He saw firsthand, the way Islam punishes women who dare to express their sexuality. Islam has harsh sanctions on a woman exploring her sexuality outside of marriage compared to men, who have much more freedom.

Mojo's travels and education gave him inspiration, ideas, and insight to make a difference in the world but also to have fun. With a background in Sociology and Women's Studies and travels to 36 countries, Hedonisia was created

During the course of his travels and combined with his belief in open communication, he developed the PReP approach to dealing with feelings of offense when confronted by "micro-aggressions," also knows as jokes, criticism, ignorance and stereotypes.

He experienced the effects of political correctness in social, educational and professional settings. The intentions of being politically correct are good; to reduce prejudice. However, as an ideology it tends to create more prejudice and division in groups and organizations. Mojo found that those who wallowed in feelings of oppression tended to also be anxious and depressed. After all, they are seeing prejudice everywhere.

Mojo has multiple social identities, in gender, race and orientation. He found that having fun with them, not always seeing them as oppressions, was a wonderful way to travel the world and meet different kinds of people in a way that was much more genuine than that of a typical tourist. With this knowledge, he settled down and created an ecofeminist community in Hawaii.

One of the most exciting post-volcano projects is Intersecting Identity Play Conversation Workshops. He created this zoom group in response to the increasing division and difficulty between people of different genders, races and orientations when community with each other. It is based on conversation guidelines developed at Hedonisia Hawaii.

Mojo is a member of Empowered Pleasure where he hosts the Adult Diversity & Free Speech Communication Workshop via Zoom.

His early education spanned three countries, England, Trinidad and Canada. His university education was completed in Canada where he studied Sociology and Women's Studies.

Hedo Feminista Essays: Politically Incorrect Discussions on Sex & Society that cover a wide range of subjects from sex and the workplace to sex and religion. We look at problems in these areas and sex-positive ethical solutions.

Hosting Free Speech Conversation Groups. We offer online workshops on Diversity & Free Speech. Members gain access to resources on hosting their own conversation groups on subjects of their interest.