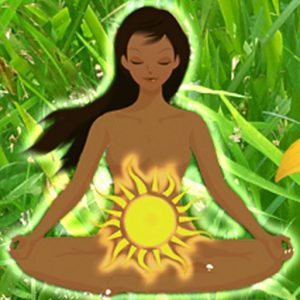 The Guttmacher Institute in New York found that as many as one in four women in Asia and Africa, the world's largest continents, have an unmet need for birth control. The United Nations found that 222 million women around the world who want access to birth control are not given that option.

Women who are unable to take control of their own womb often end up with a life that they would not have chosen for themselves.

As a simple human rights issue, women should have the same autonomy of their bodies as men when it comes to birth control, bearing a child, or having sex.

Birth control is not a universal right. Those who do have the access to contraceptives are very lucky. It is terrifying for a woman to learn that she is pregnant when she was not expecting it or did not wish for it to happen.

Cultural ‘shaming’ towards the taboo of a woman dictating what is and isn’t done with her body (for example Middle Eastern cultures propose arranged marriages with females as young as age 10). After unprotected sex, day-after options such as Plan B are not always available for various reasons such as locational availability, financial hardship, or even being ill-informed on the topic of sexual education and contraceptives – not knowing your options until it is too late, which leads to our next topic.

Abortion is a widely debated topic on all frontiers. Most of those in charge of funding, informational resources, and support of abortion/abortive options are mainly, on a legislative scale, male. Emotional, physical, and cultural effects can be extremely damaging to the female, especially if she is enduring the process with little or no external support (family, friends, partner).

In some cases, women have been faced to make the decision in lieu of a rape case, financial incapability, or actual physical hardship. Not having the option to terminate a pregnancy would leave a woman feeling distressed and helpless. She could be forced into poverty or to give up education for herself in order to let a baby live. In turn, these circumstances would not only be unfair to the mother, but also to the baby.

Most people forget that while in some places we are granted the choice as women to decide what to do with our bodies, a large percentage of the population is left without any input or options. They are not in control of their bodies or what they choose to do with their own. In places like Zimbabwe and other underdeveloped countries, abortion is illegal. Forced to go behind the scenes in order to preserve her life, a woman may choose to have a secret abortion.

Currently, “about 358,000 women and 3 million newborns die each year worldwide due to pregnancy and childbirth. Ten to 15 percent of those numbers are believed to be deaths caused by unsafe abortions.” Even if a woman were given the opportunity to terminate her pregnancy, she would face a horrible amount of cultural shaming from those around her. This includes harassment from pro-life protesters and maybe even being disowned by her family. In some cases, the outcome could reach so far as death.

Women may not even be aware of the various options they have when presented with an unplanned pregnancy. Ignorance, in this case, is not bliss. It is important for women to feel in tune and in control of their bodies. This also means being aware of what to do in case something happens. Empowerment and liberation of the female body at the most basic level means that a woman has direct control over her body, not a politician or a priest.

The way it could be: Hedo Feminista Reproductive Empowerment Suggestions & Solutions

Female reproductive empowerment should be a no-brainer. The U.N. has declared birth control as a "basic human right" and it's about time that it be offered to any woman who wants it. There is an abundance of methods in order to prevent pregnancy or to help women out with any path they choose in life once pregnancy has come into effect.

Our websites providing reproductive empowerment through feminist enterprise were the original projects that gave rise to the Feminist Entrepreneur concept.