"Identity politics is a political approach wherein people of a particular gender, religion, race, social background, class or other identifying factors, develop political agendas that are based upon theoretical interlocking systems of oppression that may affect their lives and come from their various identities."

Though its goal to reduce prejudice is noble, there are strong signs that Identity Politics has created a world divided by social, gender and racial identities.

Traditional markers of historical oppression such as being female, dark skinned or gay are now expanded to. being unattractive, old, fat or disabled and other groups. Universities are at the forefront of efforts to increase diversity by increasing the list of groups deemed as oppressed or marginalized. They have created more than nineteen markers of oppression.

With Social Identity Play people can talk, or joke about their social identities and those of others without being too offended or causing an escalation of offense.

Any open discussion will often bring up issues of race, culture, gender, orientation, and other ‘hot button’ issues. With PREP communication guidelines, we try to create a safe container for participants to feel comfortable enough to communicate freely with others of differing political views, religious beliefs, and sexual orientations. 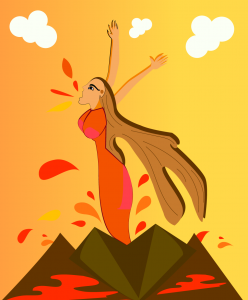 While a word or expression is offensive to one person that does not mean it is offensive to others of the same demographic or social identity. People of diverse backgrounds can speak from their personal experience. However, it is important to make the distinction between taking personal offense and taking offense on behalf of a group. 'Trigger Words' and 'micro-aggressions' are personal. They are not objective truths. It is the height of entitlement for anyone to claim to be a ‘spokesperson’ for their demographic.

The subtle distinctions between politeness, personal responsibility and free speech allows a diverse group of participants to feel comfortable expressing themselves and sharing their views.

SISC allows adults to negotiate their personal and political sensitivities with each other. Every individual can share a single number for others to know the level of sensitivity they have about Jokes, Ignorance, Stereotypes or Criticism (JISC) with regards to any of their social identities.

With the Woke approach, the most sensitive member of any marginalized group can reset the community standard based on phrases and words that offend them. This is a call-out culture has no end. It becomes censorship smorgasbord with an ever-increasing list of forbidden words or phrases.

SISC allows for individual choice in setting their own Social Identity sensitivity standards and for consenting adults to negotiate their social identity boundaries with each other. This is much less divisive than call-out culture or group censorship.

Two people with a low SISC score could have a more open and wild discussion that could be politically incorrect. However, if one person had a higher SISC score, the other would have more awareness, sensitivity and compassion when communicating.

There is less judgement with SISC. We should all have compassion for someone who may have endured trauma or horrible experiences that led to a higher SISC score. The advantage of using a number is that each person is completely in control over how much more personal info they wish to share. A SISC score is enough.